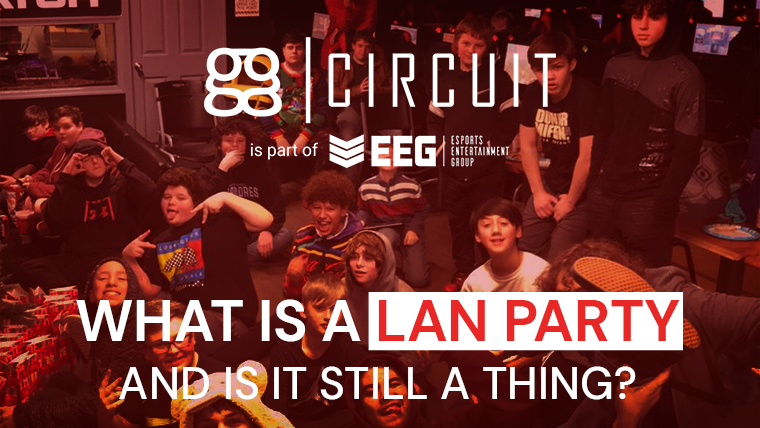 Those who say that video games make one isolated from the world have no idea how wrong they are. They don't know that gamers love to party as well! By hosting LAN parties of varying sizes, gamers can meet new people and stay connected with old friends who share the same passion for gaming.

The high-intensity virtual platforms are the same venues where they share experiences, help each other get better, and form life-long friendships. Want to know more about playing multiplayer video games using a local area network? Read on and discover how fun a LAN party is!

What is a LAN Party?

In a local area network or LAN party, players gather in the same physical location and connect their gaming computers or consoles to play LAN compatible games together. They meet and engage with each other through their gaming avatars in the game being played.

Despite the advent of online gaming that doesn't require players to gather in the same location, LAN parties are not yet antiquated. After all, one can't argue the added social benefit of being able to interact with their buddies in the outside world while playing.

Moreover, the concept of LAN parties continues to live on in the world of competitive gaming. Professional players still meet in tournaments to duke it out with each other while showing sportsmanship both in the real and virtual worlds.

While computers are the more common medium in creating a LAN party, consoles also allow people to play multiplayer games. Popular console games such as Nintendo's Smash Bros. are usually played in this type of LAN party.

Game developers have long been porting multiplayer games into different platforms, giving players more flexibility. Also, hosting a LAN party through consoles was made easier with the development of platforms that focus on network connectivity.

Some of the consoles that highlighted the platform's capacity to host reliable LAN parties are the PlayStation 3 and the Xbox 360. Similar to a standard computer, some new consoles have ethernet ports. It allows for fast and reliable connections between consoles, ensuring an enjoyable LAN party experience.

A typical setup for casual gamers, small LAN parties, involves only a couple of people who meet in one physical space, with each bringing their own computer. After gathering in the same room and firing up their gaming rigs, one of them will host a LAN party that the others will join.

They can set up a small LAN party through a network switch or an ad hoc network. The former is a more primitive yet arguably more reliable way to set up a LAN party as it requires a physical link between devices. A network switch is connectivity hardware that allows different computers to transfer and receive data to and from the destination device. It usually requires the use of ethernet cables.

Meanwhile, an ad hoc network only requires wireless internet capability. It uses a wireless connection, and several computers can link up and set up a LAN party through a designated host. There's no need for any additional hardware or ethernet cable to establish a connection, though a sudden loss of internet can be a source of frustration.

These larger LAN parties set in big venues or esports arenas are not your average Halo-night hangout with friends. Instead, these huge-scale LAN parties are often seen in competitive gaming tournaments, with only the best players. Furthermore, rewards are not limited to bragging rights. As major sponsorships are usually involved, there are hefty prizes for the victors. 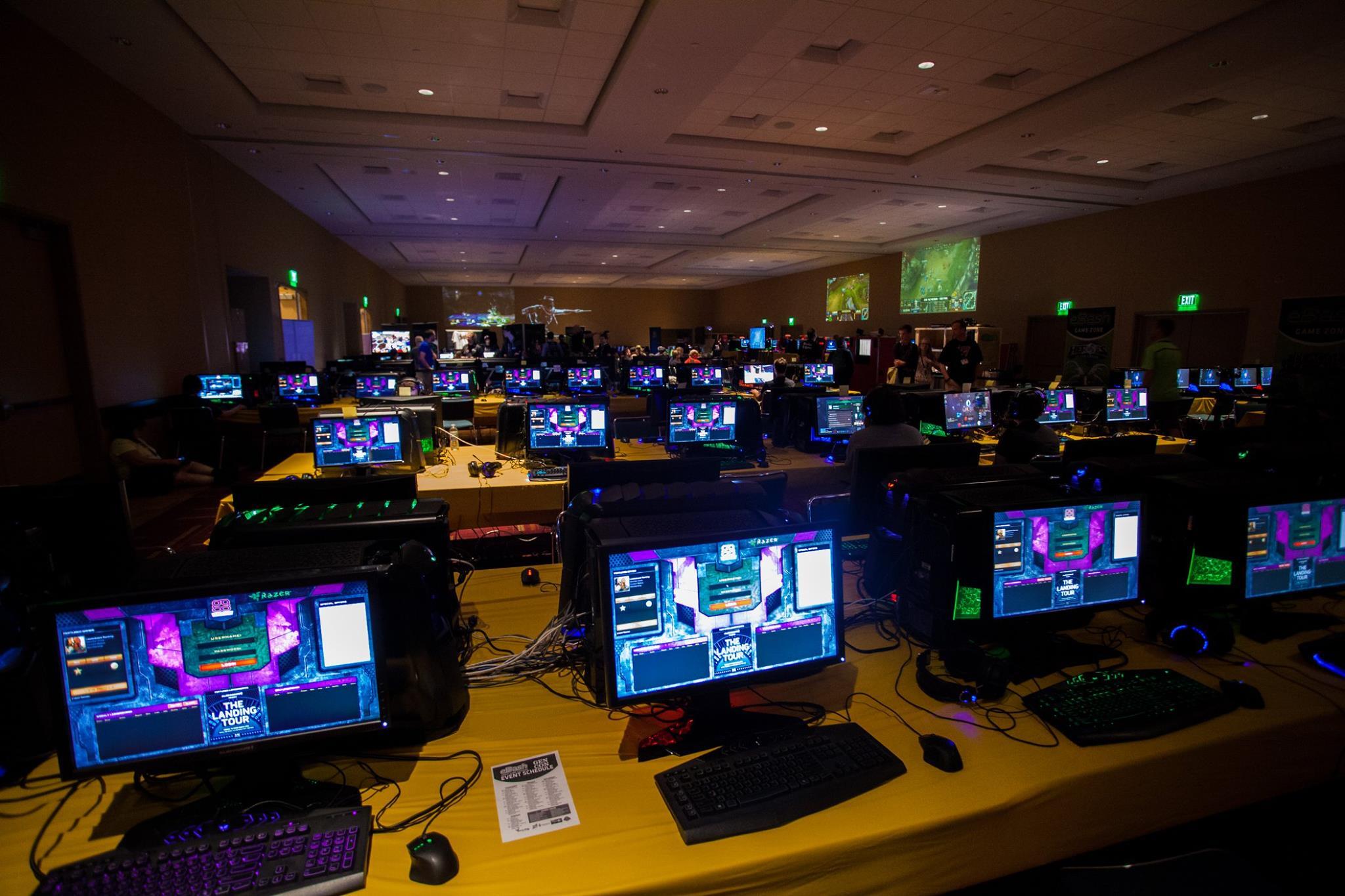 Larger LAN parties serve as a social and advertising affair too. Gamers, enthusiasts, and fans alike get to watch and cheer for their favorite groups and clans. Meanwhile, computer and tech developers could show off and promote their gaming PCs in front of a larger crowd.

There are also many LAN parties of this type that are usually held in an esports venue:

Lock-ins (or overnights) is a larger LAN party event where a fixed number of gamers, usually enough to occupy all the computers in an esports venue, get unlimited gaming sessions for the whole duration of the event.

Food and drinks are also provided as lock-ins usually last several hours, and no other customers will be admitted to the venue while the event is going on.

Special events are another larger LAN party event that usually happens in an esports venue. Some great examples of this are birthday parties, team buildings, bachelor parties, and more.

Depending on the esports venue, food catering can be optional since many people are expected to attend.

What Are the Best Multiplayer Games for a LAN Party?

This thrilling social deduction game took the gaming world by storm when it was released in 2018. With its simple yet atmospheric design and interactive gameplay, Among Us quickly gained a following. Initially only being playable on android and IOS devices, it has evolved into a cross-platform multiplayer game. It's also now playable on Windows and consoles like the Nintendo Switch, Xbox One, and PlayStation 5.

This free-to-play shooting game has impressed casual and competitive players alike with its dynamic gameplay and diverse playable characters. It's available on PC and several consoles. Adding to its accessibility is the game's cross-play feature, enabling players to use different platforms to create a LAN party and play together.

Call of Duty is one of the most popular first-person shooting franchises ever. While it had a couple of hits and misses over the years, Call of Duty: Warzone is a great success! This battle royal shooting game drops players into an urban area where they can be equipped with a diverse array of armor and guns.

The fast-paced and addicting gameplay is better as Call of Duty: Warzone is also a cross-play game capable of setting up a LAN party!

The Counter-Strike franchise is one of the grandfathers of the multiplayer FPS genre. Being the latest incarnation, Counter-Strike: Global Offensive doesn't disappoint. It takes the tried and tested formula of the classic Counter-Strike games and improves upon it. With its smooth gameplay and simple yet effective mechanics, this game remains a favorite among casual and competitive FPS players.

However, this game has a limited cross-play feature. It can only be done between computers with different operating systems, provided that the players are using the Steam platform. PC to console cross-play, unfortunately, isn't available.

Love it or hate it, most people will agree that Fortnite popularized and revolutionized the battle royale genre of shooting games. The game retains a vast user base and has several game mode versions. The sheer amount of costumes, weapons, and accessories alone is enough to entertain any gamer for several hours on end.

Fortnite is also a cross-play game, which means that PC and console players can set their differences aside for a while and play this battle royale together. However, the recent dispute between Apple and Fortnite has limited the game's cross-play feature only to Windows, Android, and console platforms.

Halo is also a popular video game franchise worthy of recognition, with Halo Infinite being a competent sixth entry in the Halo Series. With its multiplayer mode, players get to work together or fight each other as enhanced soldiers armed with futuristic weaponry.

The graphics, level and character design, and classic approach to multiplayer matches make the game a sure blast to play with friends, especially the series fans. This game also has a cross-play feature, allowing PC and Xbox players to host and join LAN parties across these platforms.

In a world dominated by FPS and sandbox titles, having an excellent battle arena game dedicated to strategy and teamplay to break the monotony is a good thing! League of Legends perfectly fills this role since its release in 2009.

This multiplayer online battle arena game allows players to select and master an extensive roster of heroes and employ their abilities strategically with other players in battle. It's a highly competitive game that tests your skill to work in a group and patience with less-experienced teammates.

Unfortunately, the cross-play and LAN party feature of the game is limited. Among all the platforms where the game is available, cross-play is only possible between the game's PC and OS X versions.

Minecraft has the world record for being the best-selling video game on the planet. While Minecraft has undergone several evolutions, it has maintained its charming and timeless pixel art. In addition, its multiplayer feature remains popular among gamers of different ages. Players create new challenges and mods, thus retaining the game's fun factor and longevity.

Users of Xbox One and PS4 can enjoy the cross-platform multiplayer feature, making Minecraft a neutral ground for those engaged in the endless console wars.

What's better than a fighting game? A fighting game where Nintendo's classic characters can face off against each other in creative arenas! From Mario, Link, to Pikachu, the plethora of playable characters makes Super Smash Bros. an absolute blast to play!

This game is best played in multiplayer mode. That's why it's a letdown that it doesn't have cross-play. It means that if you have a Super Smash Bros for your Nintendo Switch, you can only set a LAN party with other Switch users.

This FPS game has been a rising star since its release in the middle of 2020. Valorant is a shooting game that requires more than just aim and precision. Since the playable characters are heroes with unique abilities, players need to coordinate and combine character abilities well during matches.

Perhaps the most significant hurdle to Valorant's climb to greatness is its lack of a console port. Currently, the game is only available on Windows PC, so LAN parties are outside the reach of console users.

While the pandemic put a toll on LAN party events, this doesn't mean that the local area network has fallen out of popularity. Gamers are an enduring bunch. In video games, they have survived hosts of viruses, like the T-virus. COVID-19 would not be enough to dampen their spirits. As soon as restrictions get lifted, the tradition of LAN party gaming among friends could rise again!

Online gaming is also not enough to truly kill LAN parties as gamers still find value in spending time with each other after a long-fought battle in Monster Hunter World.

Despite the continuous growth of online gaming and other restrictive world phenomena, LAN parties of different scales are still alive and kicking. In addition, several multiplayer games and platforms still have local area network options. After all, there's more fun finishing quests and conquering bosses in video games with friends! 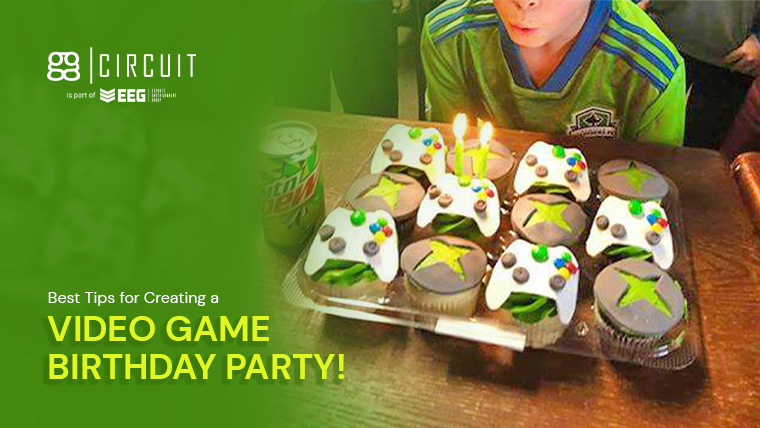