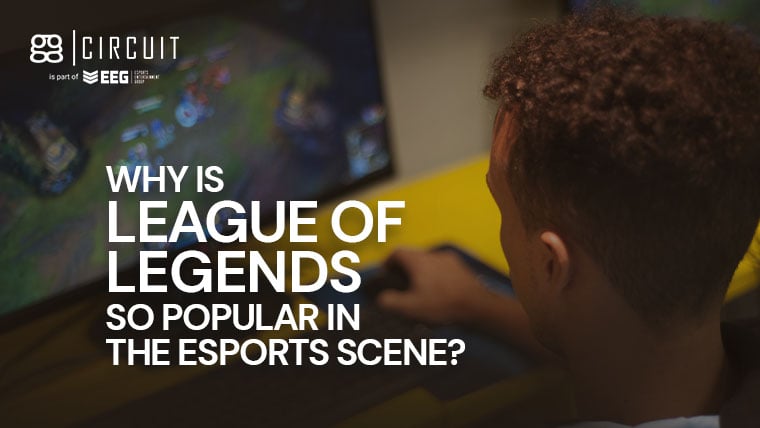 When it comes to esports, League of Legends stands at the top of video games — and for a good reason. It has popularity, competition, and practically endless playtime.

Plus, it benefits from being one of the first video games to understand and target esports. As a result, many of today's competitive games base their format and structure on LoL's.

Why is League of Legends so Popular in Esports? 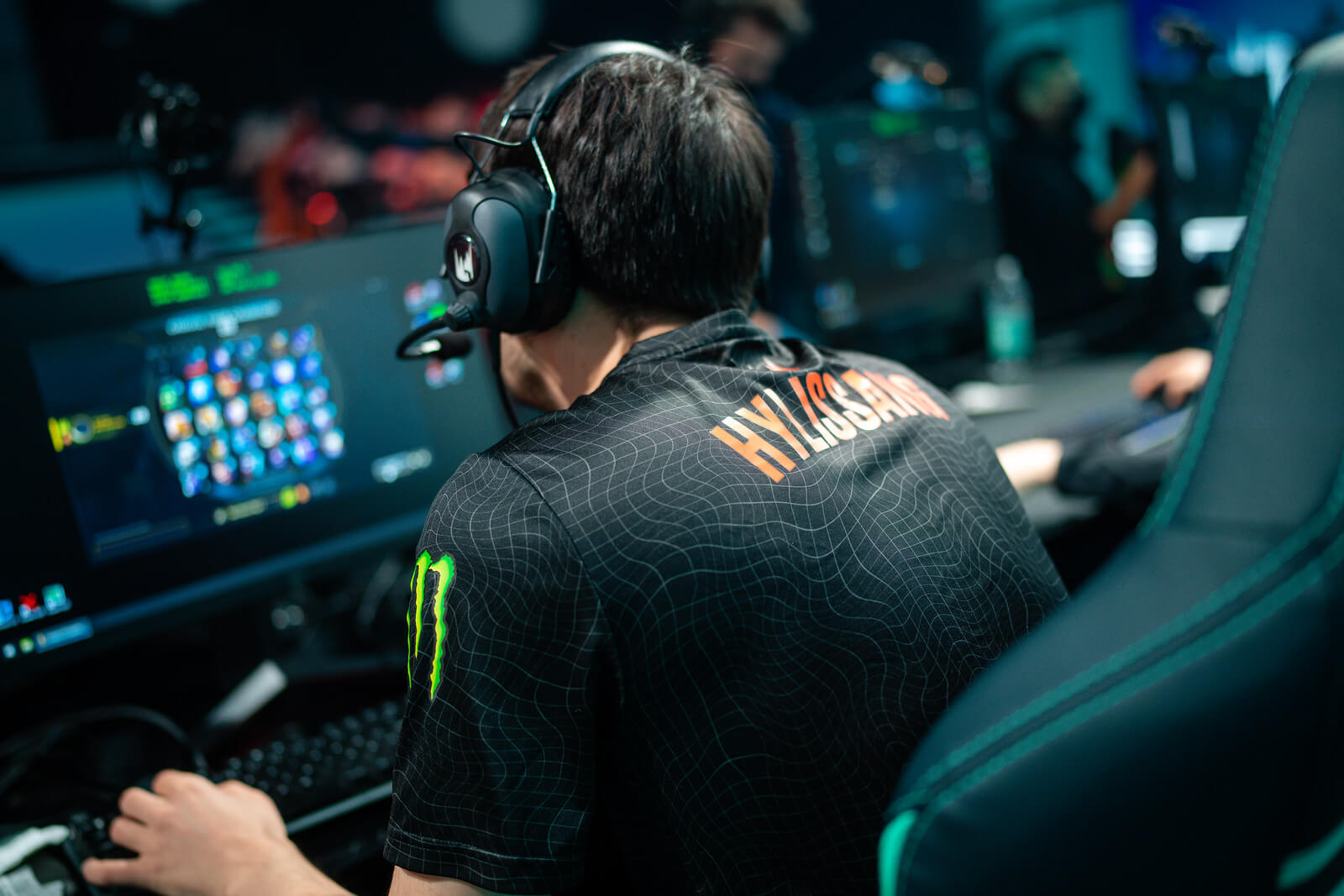 The primary reason for LoL's popularity is its accessibility. League of Legends is one of the first video games to introduce a free-to-play model to success. They released the game without any price tag. Instead, the company monetized through cosmetics that provided no in-game benefits aside from aesthetics. It was a model only used in MMO games back then, and even then, it was a fringe idea.

That led to a big boom of players entering League of Legends to play as it was a free experience. Not only that, but the more people began playing it, the more interested parties sprung up. Soon, almost everyone was playing or at least trying the game.

In terms of esports, the reason for its fame is the competitive nature of the game. You have a team of five players against another five in a test of strategy and skill. Many players wanted to see if they could achieve the highest ranking in the game and began grinding their way to the top. Even then, very few people could reach it.

League of Legends is an example of a fun-to-play and fun-to-watch video game. The reason people love its esports aspect is you still get the excitement of playing the game — albeit with high-level professional players. Even casual gamers or those who've stopped playing the game still take the time to watch games from their favorite teams.

Another reason for its popularity in esports is its focus on specific regions. LoL has sponsored tournaments globally to gather talent from different areas and pit them out against one another. Some of these areas include:

Having local teams creates a feeling of community that helps gather players to support the best among them. Not only that, but environments also build an unusual dynamic in which aspirants have more opportunities.

For example, South Korea has always been a country that highly regards its video game industry. As a result, they have one of the most significant investments in League of Legends, with sponsors always looking to recruit teams. There's also a trend wherein countries will try to recruit the best talent from other regions to win it big.

MSI acts more like a mid-season showing of the best teams. On the other hand, the World Championships have teams proving they are the best. It has the largest prize pool out of all League tournaments and has heavy features on numerous media platforms.

One development from its esports format is that players and fans become more aware of stars from other countries. The most notable example would be South Korea's Faker, who many consider the best LoL player thanks to his achievements. He is also the highest-paid esports personality in the country.

There are also many veterans and up-and-coming stars gaining much attention. Back then, people didn't regard esports and related careers. Today, these athletes have salaries that can even rival some of the top sports in the world.

The phenomenon is akin to how people love watching sports. One may play basketball or football casually, but it is a different experience when watching professionals. There is an enjoyment, a sense of community, and entertainment involved. League of Legends gets the formula right, and it's why it is one of the most persistent games in modern society.

What is League of Legends?

League of Legends is a multiplayer online battle arena (MOBA), among the first of its kind. In it, you play a legend, a character in the game's universe. You team up with four other players to fight against a separate team. The goal is to destroy the enemy's base first while engaging in battles throughout the map.

The developer Riot Games created a world that fit its game. Legends come from a land called Runeterra, each with its distinct culture and regions. Over the years, they've built more depth into the characters and their relationships with one another. Its lore is one of the reasons why players heavily invest in the game.

Apart from its goals, the game benefits greatly from depth. There are over 140 champions to play and master. In addition, the developers occasionally change the game to keep it fresh through the annual seasons. Ranks reset each season, and players can climb to the top once more with changes to the game. New champions are also added to the team game periodically to add more excitement to the mix.

Its history stems from the MOBA, Defense of the Ancients, or DotA. It was a custom game mode created using Warcraft III assets. Some of the original developers of that game created LoL, while others endeavored to develop a true successor to DotA.

One of the selling points of the game is its monetization model. It is a free-to-play game. The only way the developers could earn money was through cosmetics. Its launch received praise from critics and players. People loved the designs of the characters, the game's accessibility, and the effort the developers placed into the game.

In terms of cosmetics, players could initially buy skins that changed the appearance of a Legend. The skin could represent the character in their history or be an alternate universe version. Skins allow their creative team to express themselves. There have been many creative universes that spawn from skin ideas. These include:

Apart from new champions/legends skins, Riot has also added more customization. There are emotes, ward skins, custom animations, to name a few. To purchase them, players have to get currency called Riot points. Then, they buy in-game purchases using real cash.

League of Legends' initial launch was only in North America, but it quickly expanded. Within its first few years, there were independent servers located globally. Riot Games didn't have much budget to support servers in these areas, so they partnered with other companies.

Today, because of their success, most new games by Riot have international servers. As a result, anyone playing league from around the world can connect and play with people in the same region. They can also connect to others, though optimal speeds are a concern.

Even with its criticisms, the game remains one of the strongest in terms of a regular player base. In 2019, League of Legends boasted eight million concurrent players. Its popularity even led to various spin-offs such as:

LoL has one of the most organized structures and notable prize pools in esports. There are 12 leagues globally, each with local teams vying to become the best. Apart from their regular seasons, the best meet together in an annual World Championship tournament.

The Championship takes place in different host countries around the world. It attracts some large online viewership through streaming platforms like YouTube and Twitch. It's even gained enough attention to have regular features on ESPN.

League of Legends continues to be a phenomenon that has transformed into a cultural norm. The developers said they don't intend to change the spirit of playing games, only making changes to keep things fresh. They see LoL as something similar to a physical sport, and they've built rules and themes that they can build around for the foreseeable future.

Riot Games has placed various game modes within League of Legends. These extensions help keep the game fresh while introducing new dynamics for people to enjoy. They do this while keeping the LoL universe intact. Here are some of the most popular game modes:

Summoner's rift is the original way to play League of Legends. A player may opt to join a few games of randomized individuals or a premade team to fight.

In each match, players must work towards destroying the enemy's base. To do so, they must gather resources and advantages as the game progresses. They do this all while trying to derail the enemy's plans.

ARAM (All Random, All Mid)

ARAM takes place on a much smaller map with specific rules for faster games. Instead of choosing a legend at the start, a player gets a random one to play.

They must group to destroy the enemy's base with only a single lane in and out. There are no recalls and no base healing on this map.

Probably the most noticeable deviation from Summoner's Rift is TFT. The game's inspiration comes from a DotA 2 mod called Auto Chess.

In TFT, players try to build a powerful board of LoL champions and battle it out with other players. The game is all about resource management and synergies to reach the top.

What is a Multiplayer Online Battle Arena Type of Game?

A MOBA is an online games genre created thanks to League of Legends and DotA. The very first of its kind was a Starcraft game mode called Aeon of Strife (AoS) which would become the inspiration for DotA.

In a MOBA, a player controls a single character rather than an army in a real-time strategy game. Using that character, a player with his team must strategize to try and defeat the opponent.

You win by destroying the opponent's main structure. The difference lies with the characters, each of which has distinct abilities.

There are also computer-controlled units that randomly spawn on the map. Each team has groups battling against each other, trying to get to the enemy base.

There are also monsters located in between lanes that act as alternatives for gathering resources for players. Some structures defend the outer region before players enter their enemy's territories.

In the 2010s, the competitive nature of MOBAs led to it being one of the most-watched esports games apart from first-person shooters. Some of the largest prize pools in history come from international MOBA tournaments. Large and diverse fan bases globally have attracted sponsors, which led to a global phenomenon.

Today MOBA is one of the defining genres in competitive gaming. Many developers try and break into the success of games like LoL, but very few make their mark.

League of Legends benefits from several factors that boosted its popularity. The first one is its accessibility. Being a free-to-play game meant that more people could play and enjoy it. Secondly, it was the first of its kind to cater to the genre's competitive nature. It nurtured its esports scene from its early years.

Its longevity is attributed to the developers staying active and keeping the game fresh. LoL updates every two weeks, changing its balance to create variety within its competitive scene. Not only that, but new content centered around its cosmetics also means that Riot Games has a steady flow of income.

The most probable cause of its success is that the development team always observes and listens to its fanbase. Its transformation is from the feedback and trials they've done in years past. 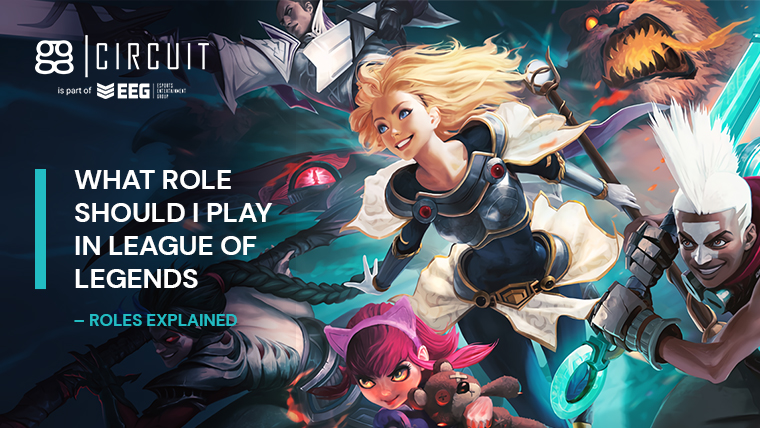 What Role Should I Play in League of Legends – Roles Explained

One of the most popular MOBA games today is League of Legends, and for a good reason. This video game title was released by Riot Games in 2009 and has continued to grow... 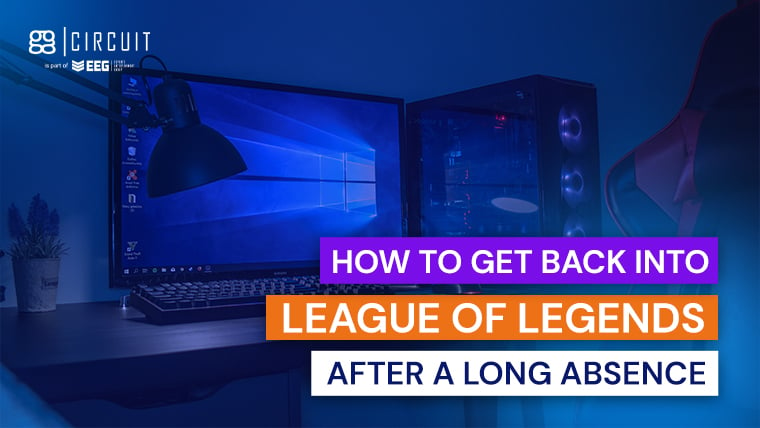 We all need a break from playing video games, and a multiplayer online battle arena like League of Legends is no different. But, of course, you could’ve taken a break...