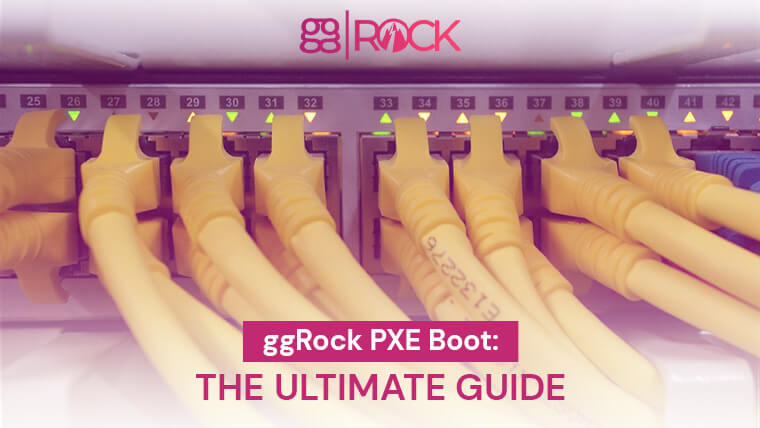 Time is money, right? Setting up a LAN Center or Esports Arena can be a time-consuming task.  Aside from the physical setup of the machines themselves, you’ve also got an entire software environment to configure - installation of the Windows operating system, hardware drivers, game launchers, and games, as well as configuration and customization of each of the above.

Imagine doing this 10 times, 20 times, 100 times?!  Now imagine doing this for a 60-gigabyte update to Call of Duty for every one of those machines.  Not only are you waiting for each machine to download the update, but also the administrative tasks associated with installing and testing the update.

As you can imagine, this is quite a daunting task, and it happens for numerous game titles several times a week.  This task is greatly simplified by ggRock.  With ggRock in play, you only have to do this process one time and reboot all of your computers so that they are on the latest version of your image.

In this post, we’ll provide an all-encompassing rundown of ggRock, including a comprehensive video walkthrough, an explanation of important industry terms, and information on each of the major sections of the ggRock product.

What is ggRock PXE Boot?

ggRock PXE Boot is a foundational diskless network boot solution that allows a LAN center or ESports administrator to manage a theoretically unlimited number of machines by making changes to a single machine.

For a comprehensive feature-by-feature walkthrough of ggRock PXE Boot, please refer to the following video demonstration:

This is the core technology of diskless boot which allows computers to boot over the network, it is a common set of tools built into most network chipsets and computer BIOS.

Diskless Boot is a common industry term which is another way to refer to PXE boot - booting a computer over the network without using the built-in hard drive.

Basic Input Output System - this is the core functionality of a computer that allows the configuration of base-level system settings, network (PXE) boot settings, and other configurations such as CPU overclocking.

The sum total of all changes made to a machine while it is booted, typically discarded upon rebooting unless “keep writebacks” is checked in advanced settings for a given machine

The ggRock Array is where your game images, system images, snapshots, and writebacks are stored - typically composed of one or more solid-state disk drives in a software-based RAID configuration.

Redundant Array of Independent Disks - this is a (typically) fault-tolerant configuration of disks that has varying advantages such as increased read speed, increased write speed, or the ability to lose a drive without data loss

A data stripe is a logical structure of data, typically organized in such a way that data is written to multiple disks for fault tolerance.

iSCSI is a network-based mechanism for accessing storage volumes.

A PC image is the disk drive mounted to your ggRock machines via iSCSI when they boot.

The System Image is essentially the Windows C:\ drive which contains the operating system, user profiles, and any data written to or otherwise saved to the boot volume.

The Game Image is typically mounted to the G:\ drive for simplicity’s sake and is the preferred volume for game, launcher, and utility installation.

A Machine is a term used for a ggRock-managed computer system.

A Virtual Machine is a ggRock-managed virtual computer system that may be used to remotely administer and otherwise update your ggRock System and Games Images.

What Do I Need to Utilize ggRock PXE Boot?

To use ggRock, you need a computer network, the desired computers to use as ggRock Machines, and a ggRock boot server.  The BIOS of each of your computers must be configured in such a manner that PXE boot is the first boot device, and it is highly recommended that you remove any internal drives from your Machines as they will be unnecessary for use with ggRock.

The ggRock Server Application should be pre-installed on your server when it arrives from our SpecOps team - if it is not, please reach out to support@ggcircuit.com, or otherwise proceed with manual installation of the ggRock PXE Boot Server Application if you are performing a self-install.

The Machines tab is where most of the action takes place.  It is where you add, remove, and otherwise manage your Machines.  Management of your Machines includes power actions (reboot, shut down, or power on via Wake on LAN), as well as application of Writebacks to commit changes to an Image.  The Machines tab is also where you control, stop, or reset power to Virtual Machines.

The Array tab is the place to go if you want to quickly check the status of or otherwise modify your ggRock Array.  Array management includes addition, removal, or replacement of drives, deletion or export of the entire array, modification of stripes, or changing the array type.

The Images tab is the place to manage images (no, we’re not talking about JPEGs here, Hank).  Image management includes creation/deletion, import, backup/restoration, or modification of Image settings. 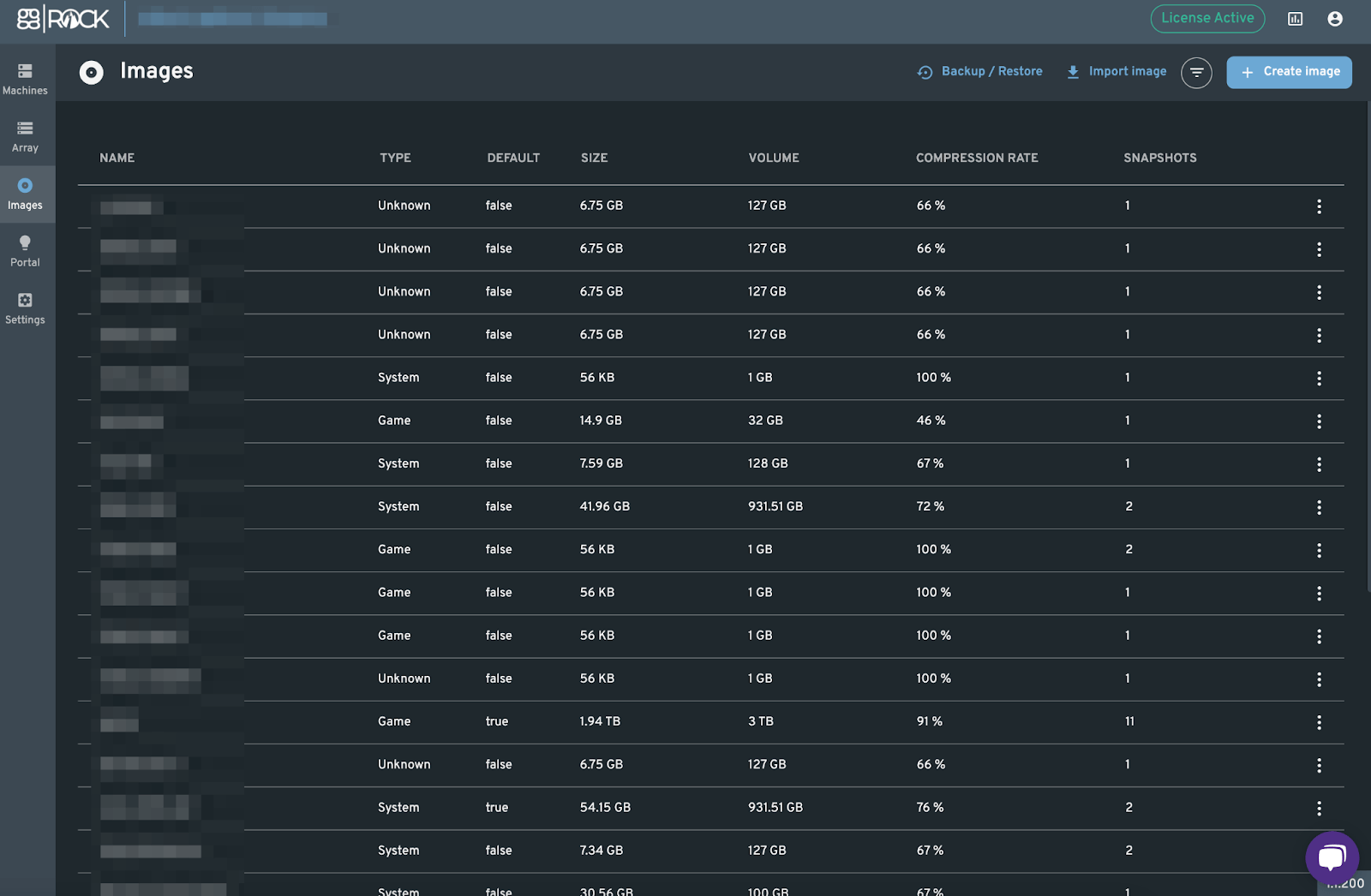 The Portal tab is your connection to the ggRock Development Team.  It is where you as the client may submit a feature request or other product ideas, weighting them appropriately based on your needs. 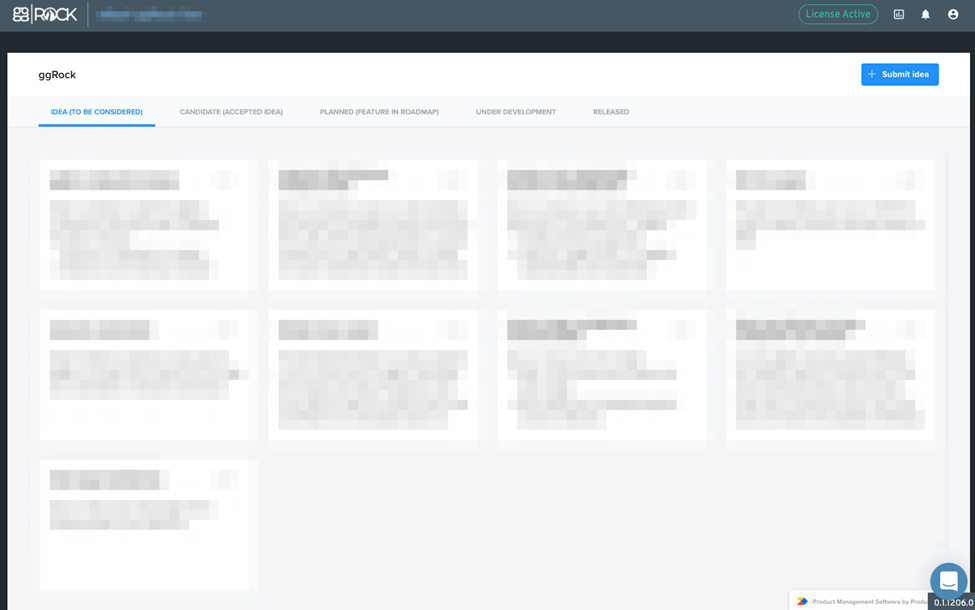 ggRock is the key to managing a LAN Center or ESports Arena at scale. ggRock is a huge timesaver, as well as excellent cost savings over time - as we all know, time is money - because you’ll be able to run your center with fewer staff, and keep customers happier because they won’t have to sit around waiting for a game update before they can get into the action!

Why Diskless Boot Is So Important to Gaming Centers

How many of you have faced the daunting task of installing yet another Fortnite update just mere hours before your venue opens for the day — with 40 PCs to go through?...

We’ve already talked about how diskless boot works in our previous blog, and you should have a general understanding of what it can do. A diskless boot system lets you...